Maybe this should be titled “How Jetstar keeps costing me money” because really despite having travelled with a few Low-Cost-Carriers there’s one that has never ceased to let me down.

The premise of a Low-Cost-Carrier (LCC) is pretty simple, as passengers we pay a low price to get ourselves from Point-A to Point-B.  We may elect (at our expense) to add options to make that experience more comfortable, or bring bags or even eat.  We still expect the plane to arrive and depart as scheduled, and we still expect to be treated as a customer. 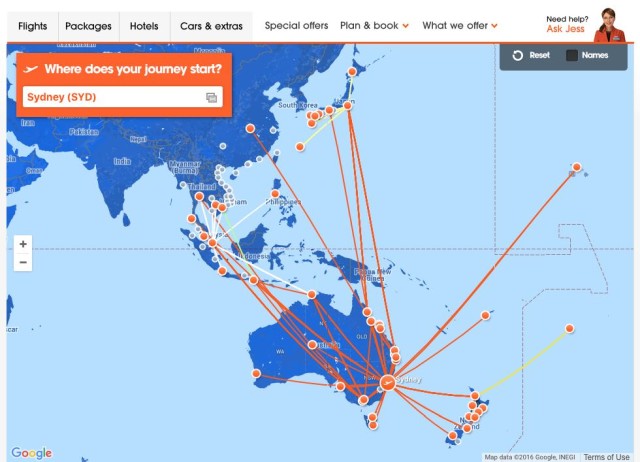 So why am I so down on Jetstar?

In short way back in 2007 Jetstar left us sitting at Proserpine Airport for about 5 hours waiting for a plane to arrive.  No-one on the ground could tell us where the plane was, nor could their call centre.  In fact when it arrive the surly cabin crew were, err, surly, then plane was suffering mechanical problems and ultimately limped to Brisbane some 6 hours late.

Little wonder that it took 8 years before I was willing to risk Jetstar again.

So for our upcoming Japan trip we grabbed a “Pay one-way only” deal with Jetstar, that meant for the princely sum of $1055 Kitty & I were booked from Sydney to Narita return.  On the face of it a great deal, sure there’s already nearly $200 of payment fees and seat selection in there but we’re on the (flying) bus!

While we quibble over meal choices (at about $24 each) and baggage (about $80 per 20kg each way) there’s something else afoot.

See we don’t live in Sydney.  So getting from Canberra to Sydney for us means a choice between flying, driving, bus or train.  I ended up finding some cheap Virgin Australia flights to suit, there’s another $366 on the running tally.

Now on the other end we decided we wanted to start in Osaka and then travel up to Tokyo over our ~11 days.  Bam now we’re on a Peach Aviation “Happy Peach Plus” deal for $164 (one-way).

That all sounds great doesn’t it?

Then I get the first e-mail from Jetstar advising a schedule change.  Sure’s it’s only a 5 minute wiggle on one leg.  No problems!

When a few weeks later another reschedule turned up, going for a few inconsequential minutes I figured “hey that’s what I get for booking 9 months out”.

But it got worse.

In mid-February I got the worse one yet.  This time the flight from Sydney was going to be delayed by (ultimately after all the minor shifts) almost an hour.  Yeah.  Suddenly there wasn’t time to change terminals for the Peach flight with any margin for error or delays.

To fix this Jetstar (thankfully) offered the option of an earlier flight which now routed via Melbourne leaving Sydney about 12 hours earlier – this negated the booked accomodation in Sydney but didn’t interfere with our Virgin flights.

It’s not over yet though.  Last week I got a notice at 11am with a schedule change, again only a 5 minute shuffle.  No problems.  Pity it was followed by another shuffle around 5 hours later!  Yep, two changes in one day!

So my Lesson?  Jetstar, Never. Ever. Again.