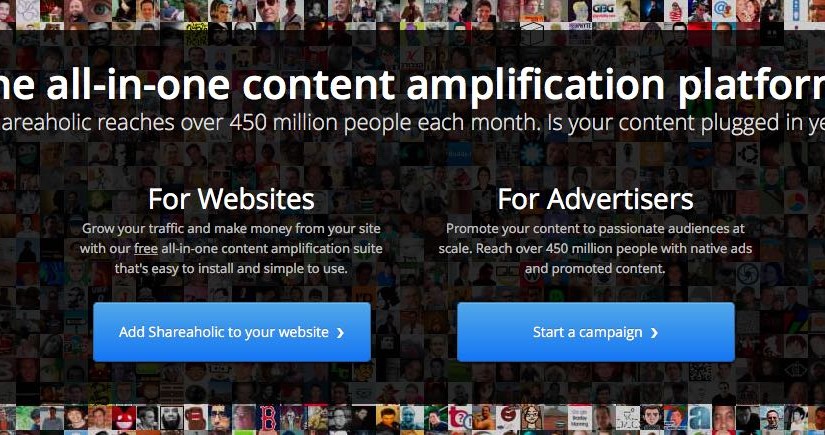 Quite some time ago when I became disillusioned with Adwords and the general Google universe I installed Shareaholic on this blog (and my other sites).

I don’t depend on the revenue the sites generate (none, by the way) but I was hoping to get a bit more reach through some of the magic that was promised.

Not much happened as it turns out.  Sure I took a bit of a hiatus from active content contribution on this site which didn’t help.  However on another site which had always exhibited a solid 20-50 views per day from old content coming up in Google searches the page-view count dropped to “not much”.

The other thing was that I expected the “You may also like” function to get readers engaging with more content on my sites, as well as linking to other similar content elsewhere (and receiving the same links back in return).  The inclusion of adverts in this panel wasn’t a big deal until all I every saw was links to “Fat burning pills”, “Secrets to prevent ageing” and other general Click-Bait.

Now that I’ve Googled around a bit it seems I’m not the only one.  It’s probably more embarrassing that I didn’t do this research up front.

To balance it out though, there are settings that I obviously chose to ignore, and it’s generally all cool.  Other users got angry and then resolved their grievances.

While I think the cross-site “related content” linking could be really really good – does anyone remember “Webrings“? – it’s when readers (and I presume Google) connect the “You may also like:” panel with spam and advertising that it all goes awry.

So I turned it off.

I’ll miss some of the page analysis, and it was a very slick plug-in, but as I’m not making the hits to drive it well I think it’s better for both of us.

If you’re reading this Shareaholic people, it’s not you, it’s me

If you’re a Blogger starting out, let me pass on this advice, if you can’t generate hits with your content and the free Yoast SEO tools then adding more bells and whistles won’t work.

It’s back to studying the Webmaster Tools of Google & Bing for me!