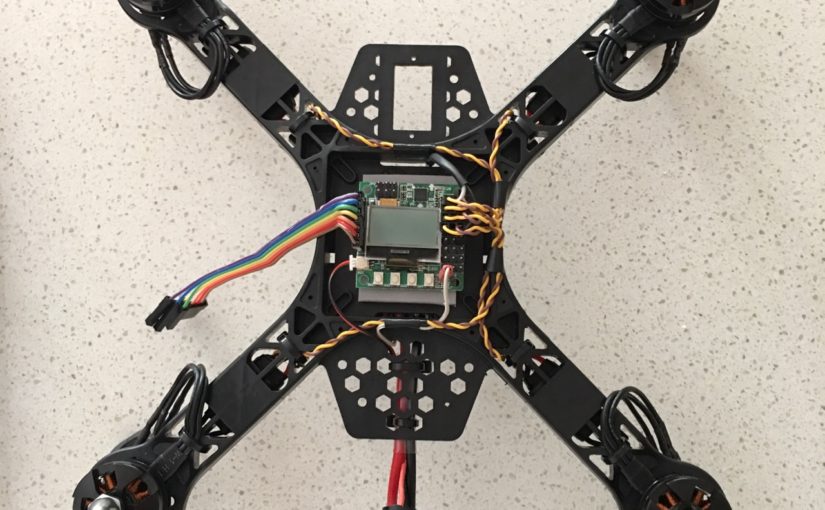 It has taken a few weeks to get myself to the point of assembling my drone, but finally I’m now largely assembled, wired and starting back on the “do it right” bits like using Loctite to secure some of the frame screws.

Over previous posts I’ve written about the thought processes behind my build and finally in this post we get to make it happen!

On with Assembling my Drone

While the Flight Controller in any drone will always look like it’s the centre of a large wiring puzzle the ESCs and Power Distribution provide a great opportunity to demonstrate neat and considered wiring.  While I’m building on a tight parts budget I have plenty of time to make things neat.

I stripped off the factory heat-shrink so I could de-solder the signal wires.  There’s only 2 as my ESCs are “opto” and do not provide a Battery Eliminator Connection back to the Flight Controller.  By customising the lead length at this end I don’t need to go to the expense of fitting  new connectors at the Flight Control end.

At this stage of assembling my drone I’m leaving the motor leads long with their in-line 2mm bullet connectors at least until I have worked out the motor rotation direction.

I mounted my Matek PDB to the underside of the “X” section of the Diatone frame with 3M Automotive Trim Tape.

You can see in the photos I’ve biased it rearwards.  The ESC wires were trimmed to a neat length and protected with heat shrink.

On the upper side of the frame I’ve temporarily mounted the Flight Controller on a foam block to let me set up the wiring runs the way I wanted.  If it’s not obvious yet I’m also mounting the ESCs on the underside of the arms (there’s shallow recesses in the arm for this).

The Flight Controller input from the Receiver will the routed on the other side of the flight controller giving some balance to the aesthetics.

Once I had made the decisions on location and started the customisation of wiring I re-heatshrunk the ESCs, cable tied the wiring runs on the arms and generally tidied up as I went.  The main goal was to ensure minimum chance of vibration breaking solder joints and wiring being sucked into propellers. 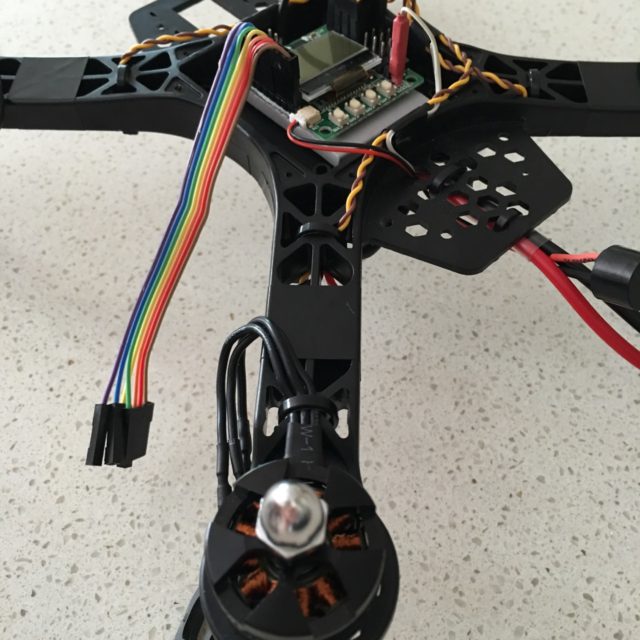 The ESCs are 3M taped into their mounting recess, the wiring held with cable ties at each end and then a loop of tape is used for smooth good looks.

I’ve used Loctite on the lower deck screws and will do the upper screws in the next phase of assembly.  For the moment I’ve taken the Gimbal off the front.

I powered up the unit and rather satisfyingly got some beeps from the Warning buzzer, and a melody of sorts played on Motor – 2.  Not sure if thats normal but thats for another post!