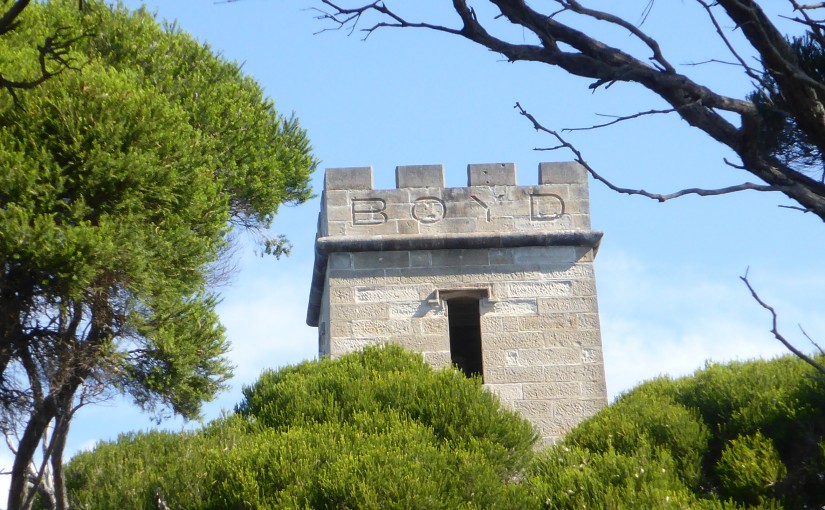 After visiting Davidson Whaling Station we travelled a little further along to the 1840’s folly Boyd’s Tower.

Rising as a monument to one mans devotion to empire building Boyd’s Tower is a massive sandstone tower rising from the coastal brush that has now taken over the site.  While only the ground floor is open to the public there’s a further 4 levels making up this surprisingly intact piece of history.

Around the site the NSW National Parks & Wildlife Service has built a number of lookouts and paths which give visitors easy access to the amazing views.

From the most easterly lookout we spent some time watching for Humpback Whales and were (finally) rewarded with a fine breach or two of a mother and her calf.

It’s easy to understand why Boyd chose the location for his tower, it offered a commanding view of the oceans (for whale spotting) and could also serve an a navigational marker for shipping coming into Boydtown.

Entry into this part of the Ben Boyd National Park is AUD8.00 paid via a honor system (Place payment in a provided envelope, and display the receipt portion on your car) and I feel is good value considering the quality of access to the site.

Overall the scale of the tower is difficult to grasp until you’re standing in it, the “Boyd” name still clearly legible on the ramparts reminding all who saw it of the man who commissioned it.