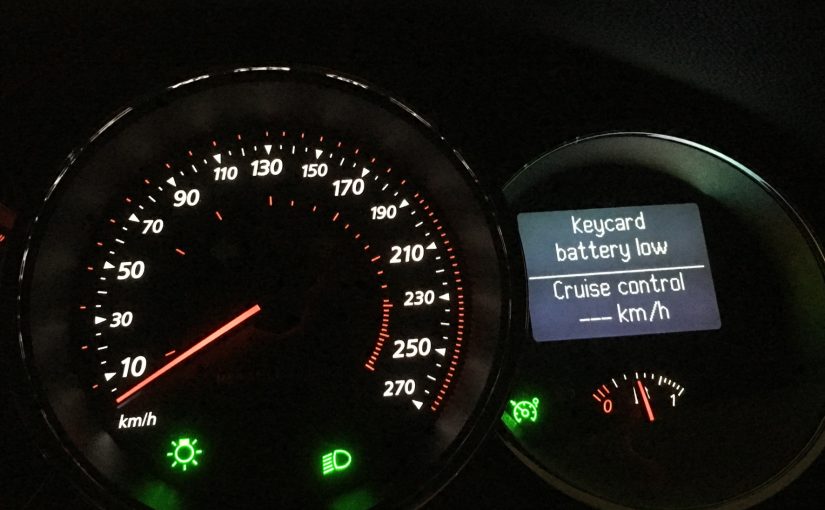 The first time the “keycard battery low” warning came up on the instrument cluster was after 18 months of ownership and I studiously spent a week or two trying to ignore it before ending up locked out of the car.

Would you believe I actually couldn’t work out how to change the keycard battery?  It’s one of those quick jobs that needs to be done, takes only a minute, but yet can cause a touch of anxiety while trying to force the battery compartment open.

Here’s the quick steps to put a new CR2032 battery into your keycard:

Pressing the grey release button on the side of the remote while pulling on the end of the keycard will release the emergency key.

Use the end of the emergency key or fingernail or coin to open the battery compartment.  A thin coin twisted in the slot between the keycard case and cover works best, this will not be an “easy” pop and release.

Lift off the cover – it has clips all the way around so it will need a firm tug to remove completely.

Now that you’ve removed the battery compartment cover you can see the CR2032 battery which can be flipped out with a fingernail from the edge closest to the end of the keycard.

As you’d expect the keycard is reassembled in the reverse of the above process.