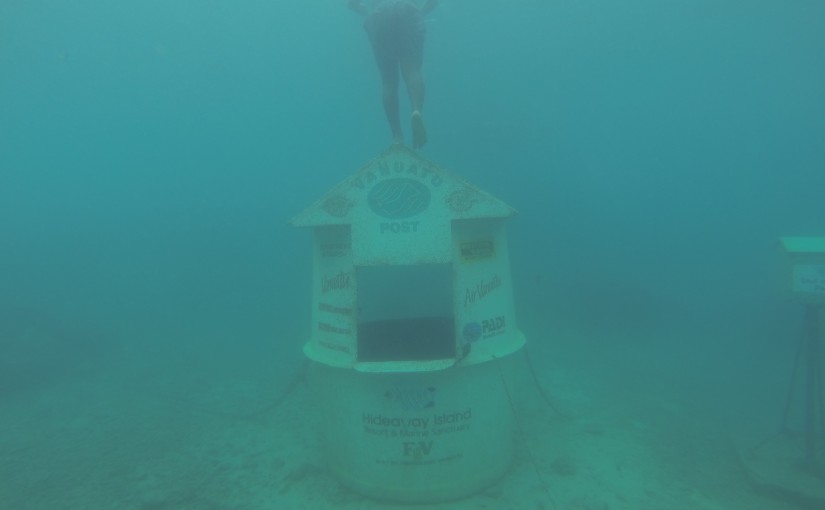 Hideaway Island was definitely a high point of our Vanuatu Holiday.  The snorkelling was exceptional despite the day being quite overcast, really it only played havoc with the GoPro footage a little bit and probably kept the crowds at bay.

Hideaway Island is also home of the The Underwater Post Office which has a great novelty factor, but I did find it a bit of a reach (in depth) while snorkelling.

Hideaway Island is a small island within the shelter of Efate Island in Vanuatu.  Surrounded by reefs the island is only accessible by boat from Efate Harbour or a “ferry” service from the nearest point on the main island.  There’s a small fee to access Hideaway Island that you pay once landed.

The bar/cafe on the beach sells a variety of food and drink at slightly higher prices than elsewhere in Vanuatu.

Getting in the water

While there’s a few ways to get to Hideaway Island with organised tours we got a ride direct with a local boat from Efate harbour area, it was a longer trip but a different way of getting around.

One of the more “odd” things to see is the Underwater Post Office which is manned by a SCUBA equipped Postman at various times of the day.  Simply buy a postcard on the beach, fill it out and take in the water for postage!

During our visit the weather was mostly overcast which probably kept some of the numbers down so it never felt ‘crowded’ however we also visited in the shoulder season.  TripAdvisor comments indicate that at various times of the year it can feel overcrowded.

Reef shoes or proper closed flippers are essential as the coral starts from the moment you step into the water and is very unforgiving.  I’d almost suggest some gloves would be ideal additions if you are thinking of being more tactile with things.

So despite a reasonable number of people in the water are there still fish to be seen?  Obviously the videos show there are, but I guess like most things the schools look larger in the brochure.  It’s still possible to be bobbing along and suddenly find yourself being surrounded by a school who will scatter at your slightest change in movement.

All-in-all Hideaway Island gave us a great experience in the water at a very reasonable cost.  It’s a great addition to any Vanuatu trip if you’re on the island of Efate. 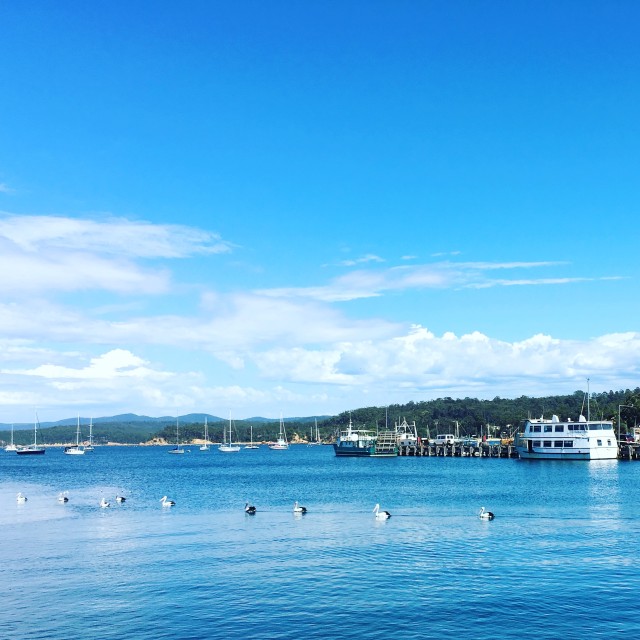 Back in November 2015 we took a Roadtrip to Eden, NSW.  While we did a bunch of stuff one of the fun bits was getting into the water for some Snorkelling.

Naturally the GoPro had to come along!  We went with Australia’s Coastal Wilderness Adventures and had a great experience.  The guide made sure we got to see as much variety as possible and kept a watchful eye as I played beached whale.