I’d only had the Panasonic DMC-TZ40 for a couple of weeks before leaving for my Malaysia trip and in that time had played around enough to learn where the basic settings were and understand how the WiFi function could be used.

As the camera itself is an “old” and now discontinued model there’s not much point in a full review, so consider this as a way of me reminding myself just how little I paid and and just how good it was on the trip. 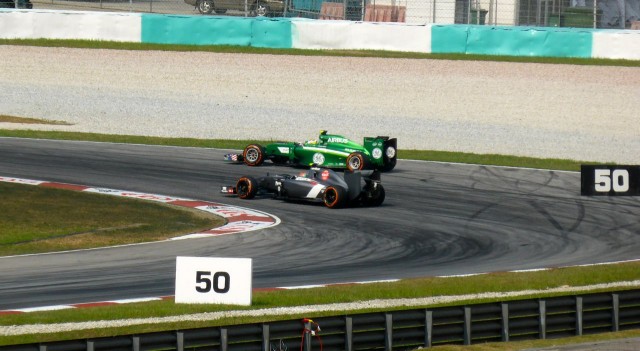 One of the big reasons I bought the TZ40 was the Zoom, at 20x optical it was going to bring the action closer.  Now in practice that zoom works well on a clear sunny day when the shutter speeds can be drop to deal with the camera shake.  In practice newer generations of this camera and its competitors are going out to 30x zooms.  I’m not entirely convinced that this is a good thing given the difficultly holding the camera steady enough.

The best zoom point for the camera is in the middle of the range though, the above shots were “easy” grabs and most from this position in the stands to the corner (a few hundred metres) were sharp and clear considering the hazy conditions. 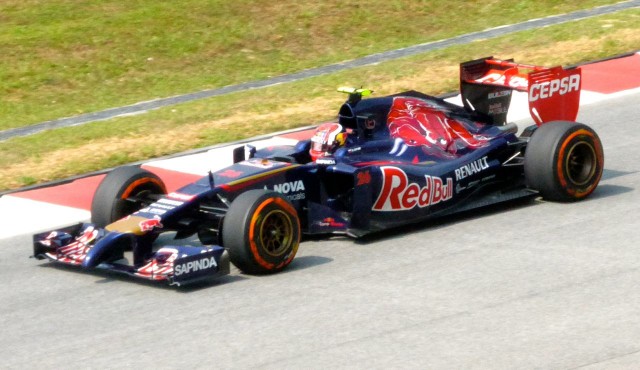 When working with closer faster moving subjects the same middle of the range zoom point coupled with the burst mode on the shutter got me what I really enjoy – closeup clear sharp pictures.  The success factors were again influenced by the ability to aim and stead the camera.  So much so that I feel investing in, or making a “grenade grip” or large handle grip is going to be on the cards.  That way the weight of the camera is better supported by the left hand while the right hand can guide the shots while triggering the shutter.

In short there’s not enough camera to hang onto solidly if you have larger hands, the same reason that makes the TZ40 a great travel companion is its downfall in these scenarios. 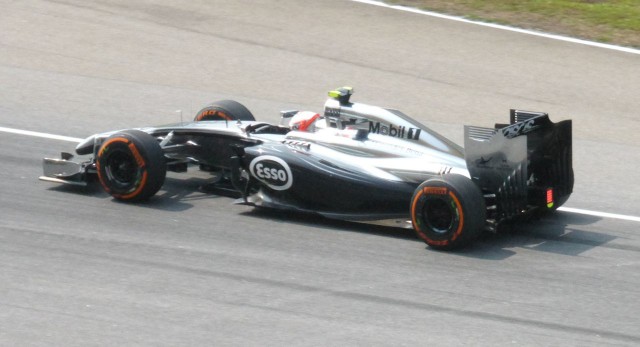 The huge amount of indirect light thanks to heavy cloud and haze cover did cause all of the automated functions some grief, the chrome finish of the Mclaren cars flaring out in most shots and confusing everything from shutter setting to focus points.  I think had I not been relying on so much Automation I would have tweaked the Aperture and Shutter settings to specifically suit, however while the high-resolution screen nthe rear of the camera is bright and very sharp the lack f size still makes discerning these sorts of issues impossible in the field.

More conventional livery wasn’t a problem though with the mix of colours and contrasts being well picked up.

There’s really no true substitute for a DSLR at capturing super detailed pictures, but to be very honest I travelled to Malaysia with under 6kg of clothes, electronics and camera, I certainly didn’t have the space (or will) to wrangle more stuff.

The Panasonic TZ40 bridges the chasm between “good” mobile phone cameras with all their foibles and the new-generation of mirror less interchangeable lens cameras.  The small external size packs a lot of useable features into a very pocket friendly package.

Overall I found the battery life to be very good, using a “power bank” to top-up the battery when walking around, having lunch and so forth extended the life and the change to the spare (at 199RM for a genuine battery)  was completed quickly and barely interrupted use.

I had initially been using a Patriot Class10 32GB SD card which was “fast” enough for our DMC-TS3 indestructible camera but when filled I went out and splurged on a 64Gb Sandisk Extreme in MicroSD form (with adapter) to allow sharing with the GoPro.  While on paper the specification difference between the two cards is not extreme it does play out in practice with the Sandisk card giving a faster save-time and consequently better burst mode performance. 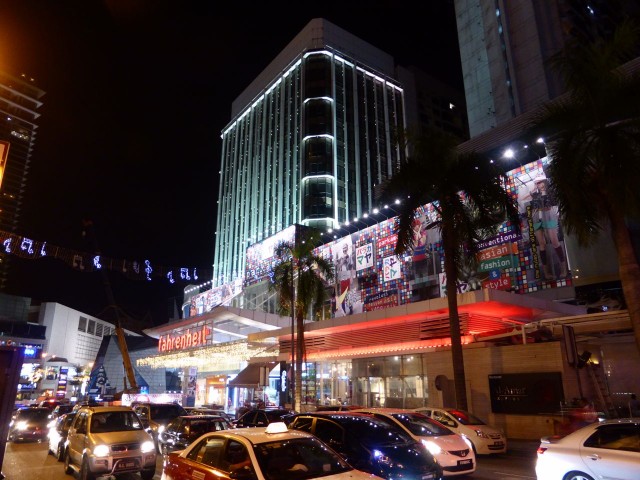 At night the automatic Nightshot mode rarely faltered with the superbright lights and a colours captured clearly with minimal user effort.    Motion blur in stills as expected but very little evidence of shake. 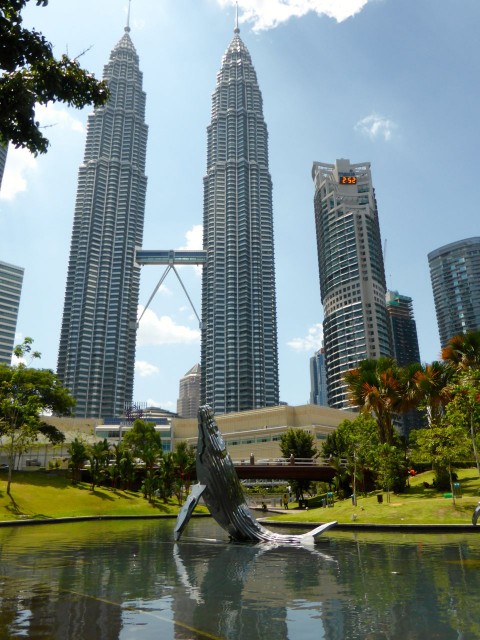 In bright light colour and detail are good, again this is a point and shoot (and the images are resized) but the level of detail captured is more than adequate for decent prints.

Overall I quickly became comfortable with carrying and using the TZ40 – I got good results most of the times I pulled it from the pocket and by contributing more effort on my part even better results would have been attained.

For the price of these super-zoom compact cameras I have no idea why some people travel relying upon mobile phone cameras to capture memories.