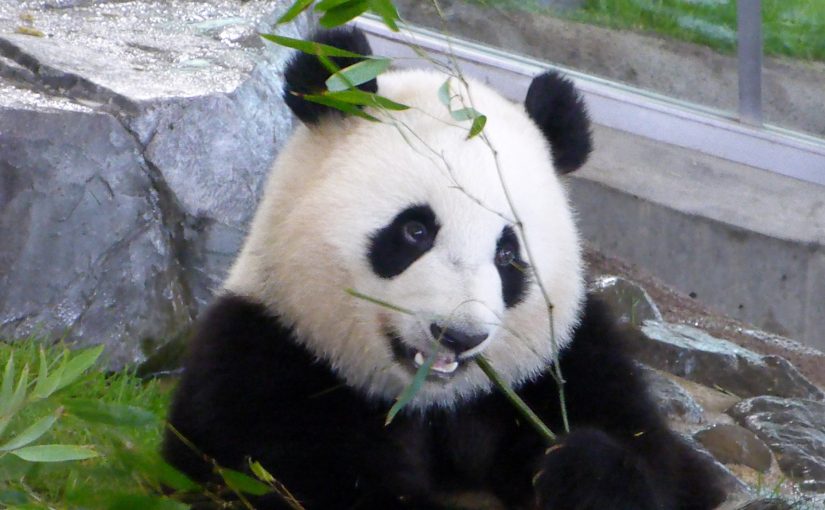 As you know I’m a bit keen on the good old Giant Panda.  So when we started planning our trip to Japan I knew I was going to be having some Panda moments!

There are three Zoos in Japan that have Giant Pandas on exhibit; Oji Zoo in Kobe, Ueno Zoo in Tokyo and Adventure World in Shirahama.

On the 10th of May 2016 we made our way to Adventure World in the town of Shirahama.  Adventure World is home to the largest Panda “family” outside of China and has had considerable success with breeding Giant Pandas over the years.  If there’s one place in the world where you can have Panda moments this is it!

See some of my Panda Moments

On the 10th of May 2016 there were 6 of the listed 7 Pandas on exhibit.  As I’ve already said unlike most zoos with only 2 Pandas a trip to Adventure World pretty much assures you of panda moments!

Below is a small gallery of photos, and two of the videos that I’ve put together.

As the Pandas are housed in two separate exhibits in the Adventure World park you do get to see them in a different environment.  The smaller “Panda Love” pavilion includes two indoor viewing exhibits and an outdoor area.  For my visit all three of the young Pandas were indoors largely engaged in devouring bamboo.  It was interesting to see that while the young Pandas were sharing an enclosure they basically gave no attention to each other, it’s difficult to say whether their proximity to each other was because of a genuine desire to be near another Panda, or just because that was where the tasty tasty bamboo was piled.

Over in the “Breeding Centre” the indoor area is less enriched, with more of a concrete and glass design but there is a considerably larger outdoor area where at least one of the 6 was enjoying their bamboo in the rain.  I would say overall the Panda environments in Japanese zoos are a little better than in Malaysia or Singapore where there is no outdoor access at all.

With Adventure World being “off the regular tourist paths” it is probably a 2-3 day “side-trip” from Tokyo (although you could fly directly to the nearby Shirahama (SHM) airport from Tokyo (HND) with JAL to make it a day-trip.  If you like Pandas it’s worth the effort and the rest of the park isn’t bad either.