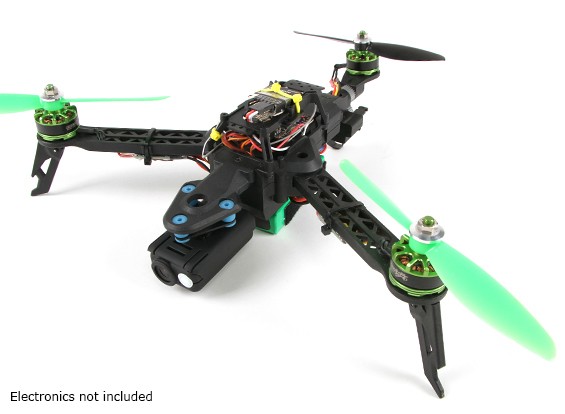 The Quanum Trifecta sold through Hobbyking is a circa 295mm Tri-copter that folds for transport yet still carries 8″ propellers.  The robust design and sub-AUD50 price making it an ideal choice for my next build.

Initially I wanted to build a TBS Discovery/Reptile/Alien style 450-550mm quadcopter, but the folding portability of the Quanum Trifecta drew me in.

Budget for the build is influenced by the “known” platforms like the DJI Phantom3 being available for under AUD700.  Numerous other competent big platforms like the Hubsan X4 Pro and Xiaomi are even cheaper!  As a result the budget is set to a very tight AUD350.

There’s a lot of information on RCGoups and Youtube about the pitfalls as well as tips and techniques for successful construction.  I’ve read through these in the hopes that my build will be easy.

The biggest challenge is to avoid scope-creep and hanging plans on the fly because somethings “on sale” and then ending up with a hodgepodge of bits that work but don’t quite come together.

For the Flight control I’m a bit torn between going APM/Pixhawk (probably a Micro APM like I’ve got in my 250) or trying out Cleanflight/iNav with a F3 based board.  10DOF of course.  The latter have the benefit of being “cheap” and add-ons like Sonar are much cheaper to implement.   APM/Pixhawk Sonar and Optical Flow systems are much more mature if pricey.  It’s a bet each way.

The difference is all about cost, I can have a 10DOF F3 board and Sonar module for less than the typical micro APM price, plus the same style of Sonar for the APM costs about 3x what it does for the F3 (which itself is 1/10th the price of “good” APM/Pixhawk Sonar).

When I chuck all the parts into carts and look at the price it comes to a hair past AUD200 (including buying stuff I already have).

In my next post I’ll start on the shopping experience!