As part of my trip to the Malaysian round of the Formula1 this year (2014) I took a side-trip from Kuala Lumpur to Legoland Malaysia.

See interestingly enough while the Malaysian capital city is where you’d expect to find an international theme park Legoland Malaysia is actually located in the south of peninsular Malaysia in Johor Bahru – a mere skip across from Singapore.  That’s where things start to make sense as here the park can leverage the attractions of Singapore and it’s Asia “Hub” status while enjoying the benefits of being in Malaysia.

I started my journey early, very early as I was booked on the first flight from the Low-Cost Carrier Terminal (LCCT) at Kuala Lumpur International Airport (KLIA) and getting to the airport involved either throwing myself at the mercy of the local taxis for the whole journey or making use of the RM12.50 KLIA Ekspress/Bus combination to get from KL Sentral station to LCCT.   As KLIA2 is now open this journey has increased in cost (to RM35) but is now a direct sub-30 minute ride.

As I said it was early, so I ended up catching a taxi from near my hotel using the MyTeksi App to estimate the fare before haggling with the driver over the “actual” fare to be charged.  We settled on a price and within 15 minutes I was at KL Sentral buying my ticket through to LCCT.

Once I’d negotiated the mayhem that was LCCT I was on my AirAsia flight to Johor Bahru, Senai  International Airport.

I arrived after a reasonably long Taxi ride with a driver who was more than happy to talk MH370 conspiracy theories, social and political development news and provide some good tour-guide style information about the Iskander state.  Back home in Australia Taxi conversation is always something I never go much for however I find Malaysian Taxi drivers to be very interesting and the issues after a lot more real than the “first world problems” that plague Australia. 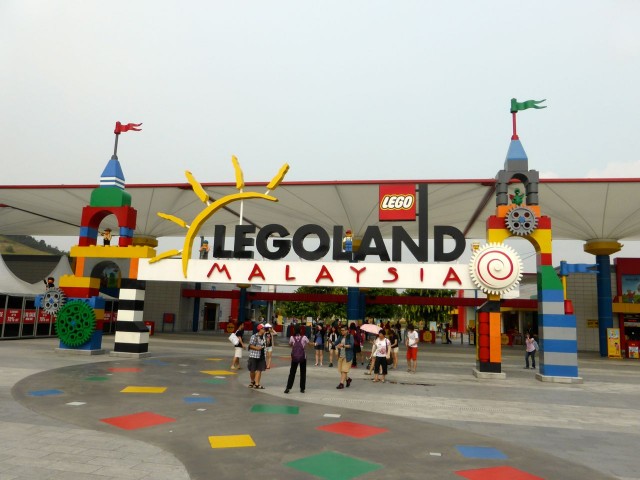 After having my pre-purchased ticket scanned at the gate the park was mine – at least it felt that way, the first Tuesday in April 2014 wasn’t a big day for the guest count and I think at any one time I ended up seeing maybe 20 people.

Legoland Malaysia has a combination of child-friendly rides, Lego themed curiosities and of course the Mini-Lands which highlight the creativity and skills of the builders and the versatility of the blocks.

My first stop was the LegoLand Boating School ride.  To be fair this is not a ride targeted at thrill seekers, yet unlike some many rides of this type it actually has a very real level of “control”.  Yes you really do drive the boat and you can actually set your own course!

It’s a relaxing sort of ride and set the tone for the day where I’d just escape from adult reality and immerse myself in Lego.

After the nautical interlude I moved onto the Mini-Lands – here the Lego builders have created scenes from throughout Asia with some amazing detail.

From walking loops through the Mini-Lands I relaxed on-board the Legoland Express to get a “train tour” of the park.  The Express is not a full loop of the park, it mostly circles the Mini-land zone and while it was nice to sit down for around 10 minutes it wouldn’t be worth queuing up for the loop on a busy day.  Watch the video to see what I mean:

I did do a few more of the rides, in fact every ride where I didn’t need to borrow a small child OR where my 185cm put my outside the rides acceptable height parameters.  As the park was quiet it was actually possible to re-ride some of the coasters etc multiple times without leaving my seat!  Although, on one I had to get out, join the end of the queue and get back into a different car – no big deal and both the ride attendants seemed to see the funny side of it.

So was it really worth it?

Legoland Malaysia isn’t the largest theme park, nor is it the best for adult entertainment, however it is 100% successful at bringing the whimsy and fun to all comers.  As an adult I was able to enjoy the rides, take in the breathtaking skill of the parks builders and appreciate the cleanliness and professionalism of the parks attendants.  The park my have been virtually empty but everyone was doing there best to ensure the patrons had a great experience.

I didn’t see any unhappy children around the park, instead they were caught in that magic world of creativity and wonder.  The babbling of voices and excited squeals told the story at the rides and games throughout the park.

I’m not sure I’d want to whirlwind trip from KL like I did with a child or two, but it is entirely doable and by midnight I was back in my hotel in KL with photos and a silly grin on my face! 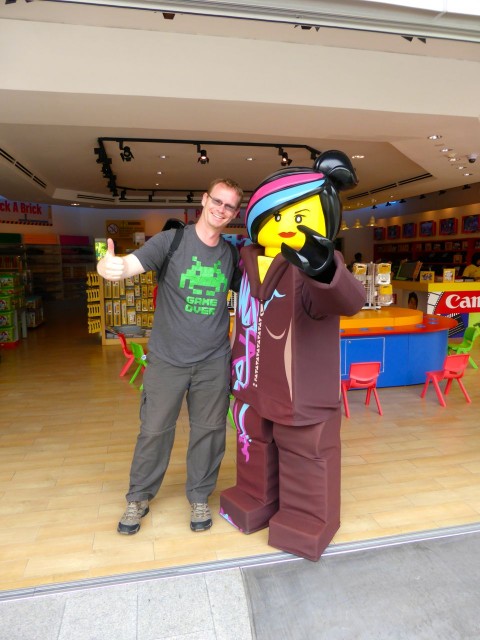