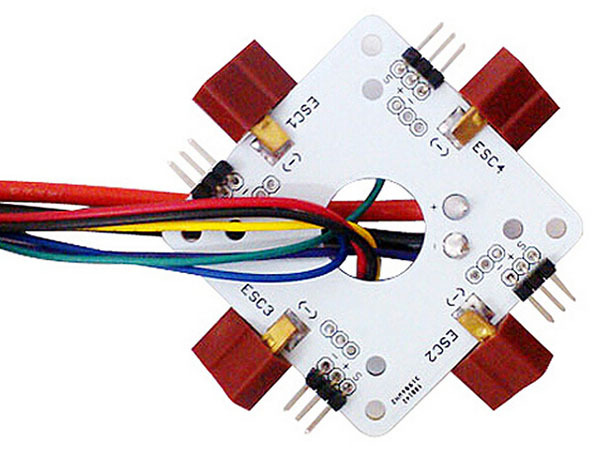 Since my order last from HobbyKing last Sunday the quadcopter parts arrived and I started to do more research on my remaining needs to get myself airborne.

Sadly the killer prices of the “Cats and Drones” sale also ended on Monday so I’ve used the week to compose my thoughts and work out the remaining quadcopter parts required.

My first realisation was that I needed to separate the current quadcopter build with its simpler goals from the desire to ultimately end up with a fully autonomous flight capable “drone”.

To keep this post short I’ll just run through the quadcopter parts.  The radio gear can wait for another post as there’s a lot more considerations towards future drone use.

Unlike Radio Controlled cars (my background with ausmicro.com) distributing power around a quadcopter is more than joining two wires.  I’ve looked at a few builds now and have chosen to use a power distribution board.  This saves the mess of directly soldering the ESC power feeds directly to a XT60 battery plug.

Do it simply by relying upon the BEC of the ESCs and there are basic boards available for a couple of dollars.

Stepping up from this are power distribution boards which also supply power for other equipment.  They include 5vdc and 12vdc outputs to cover a range of onboard gear.  There’s still a few form factors and options but I think for quadcopter build number one I need to stick to the K.I.S.S principle.

The board I’ve chosen is under AUD10 delivered.   It can be optioned with either two 5vdc BEC outputs or a 5vdc and a 12vdc output.  I’ll use the former as all my intended electronics will run on 5v.  I’ll probably use AliExpress to source it.

It doesn’t sound like a big deal and it’s not going to cost too much, but I have a shortage of the right connectors and wiring!

Thanks to the above power distribution module I shouldn’t have to worry about a connector or extra high-current wiring for the motors.  I will have to do something about charging the battery. 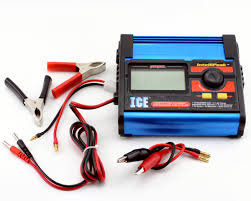 What I do have is the “old school” Tamiya RC car plugs for it so I’ll need to pick up a XT60 to 4mm Banana Plug charging lead.  They’re about $5 from HobbyKing.

When I bought the basic flight controller I didn’t realise that it didn’t come with any wiring.  On the output side thats fine as the four EMax ESCs will plug straight in.  On the input side I need to make up a cable set to go from the receiver “servo” style plugs to a header strip.

I had thoughts of making my own jumper set using ribbon cable and was surprised to find HobbyKing already have a 150mm version available! 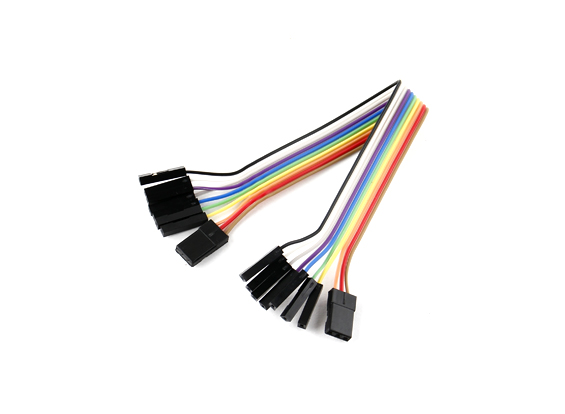 I’m not sure about the 150mm length though.  I’d prefer to use only enough wire to get the job done than having a bundle of excess.  Can’t argue with the sub AUD2 price though.  A few years ago I bought a bunch of header pin sockets through Futurlec and hopefully I still have a few laying about to use!

There’s also a need to get some power wiring around the various quadcopter parts.   The 5vdc supply will need to be routed from the power distribution board to the Flight Controller.  I’m hoping that I have enough spare bits from the RC car days to do this, otherwise more header pins will be needed!

This one spun me for a bit of a loop.  I just hope by “investing” another AUD5 in a “damping platform” for the Flight Controller I avoid unplanned loops!  Yes thats right, a nice suspension equipped base for the flight controller to minimise the transfer of vibration to the gyroscopes.  It supposed to aid in giving smoother flight!

I’ll probably get this from via AliExpress, although HobbyKing do a nice looking (larger) unit as well.

At least I have double sided tape!

It’s last in this list but I’m sure it’s not the last thing I’ll need!  A USB-ASP programmer so I can flash the firmware of the flight controller.  With this another AUD5.50 slinks out of the bank balance! 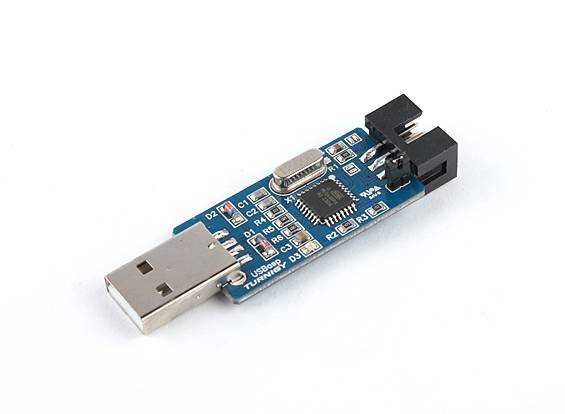 Screws and nuts – I think I had a screw loose when I embarked on this mission!